The name ‘tiger prawn’ refers to two species – grooved and brown tiger prawns. These two species live in tropical waters and are short-lived and fast-growing.

In the Commonwealth fisheries, although there is some uncertainty around the stock structure of tiger prawns, there are no indications of significant risks to either species as a result of fishing. In WA, stock health is monitored by assessment of the biomass of tiger prawns as well as the number of young prawns coming in to the fishery. All indications are that tiger prawn stocks are healthy in WA.

Prawns are caught using otter trawls that operate mainly over mud and sand. Otter trawls operate just above the seafloor when targeting tiger prawns, which has the potential to cause significant habitat disturbance. Habitat types are relatively well understood in all fishing areas, tend not to support sensitive marine communities and are fairly resilient to disturbance. Relatively little of the areas in which the Commonwealth fisheries operate is protected in spatial closures or marine parks. In WA, 62% of Shark Bay is protected from the impacts of trawling in marine parks, with marine parks providing some protection in Exmouth Gulf.

The main Commonwealth fishery has been proactive in attempting to reduce its impacts on threatened species. Although catch of sea snakes remains high, there are no indications that fishing activity is resulting in population declines of any of the species caught. Endangered sawfish, including the IUCN listed ‘Critically Endangered’ green and ‘Endangered’ dwarf sawfish are caught every year, although it is complex to design modified fishing gear to reduce sawfish mortalities because the shape of their rostrums means they are especially prone to entanglement. Due to the wide distribution of sawfish, including in non-fished areas, experts have assessed that prawn fishing alone is not driving further declines in these species.

The WA-managed fisheries also report interactions with sawfish, turtles and sea snakes although fishery reports suggest that significant impacts on threatened species is unlikely. Fishery plans include the introduction of an independent observer program, although it is unclear whether this has been implemented or progressed.

The Commonwealth fisheries have robust and transparent management arrangements in place, including observer programs, requirements to reports discards, assessments of the risk of the fishery to threatened species, plans in place to reduce bycatch that have proved to successfully deliver that objective and management actions to rectify issues in the fishery when they occur. It is likely these management arrangements will maintain the progress of these fisheries to reduce the impact on endangered wildlife in the future.

Marine parks and spatial closures provide some protection for endangered wildlife and marine habitats. Both are in place in areas where the WA fisheries operate. Commonwealth marine parks are set to be established in 2018, though it is notable that sectors of industry sought, and may secure, significant reductions in the area of the fishery protected from trawling.

Brown and grooved tiger prawns are fast growing species generally resilient to fishing pressure. There are no indications that there are significant risks to either species as a result of fishing in QLD.

Tiger prawns are mainly caught in the northern and central regions of the fishery. These lie entirely within the Great Barrier Reef marine park, which likely provides a degree of protection for bycatch, byproduct and discard species.

This fishery has a high level of discards and it is concerning they are not required to be reported. The most recently available data estimated 25,271t of discards in 2014, compared to 6702t of retained catch in the same year.

Tiger prawns are found in inshore shallow estuaries and intertidal areas to the continental shelves to depths of upto 200m.They are found from the Gascoyne area in WA throughout northern Australia to the northern coast of New South Wales. 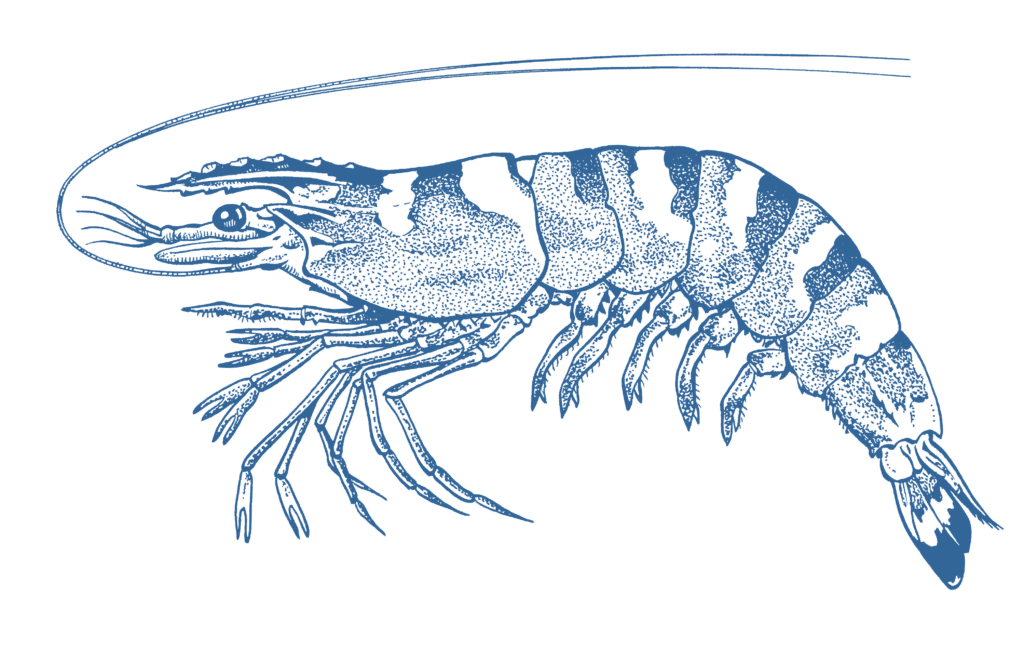